I remember tiptoed a long yellow track on city pavements couples of weeks ago. Unaware that those yellow lined, some with straight embossed pattern and dots on others, are there as an aid. I guess most of you might already knew, but for some who don’t yet, those are guiding line provided for blind and visually impaired pedestrian.

In Indonesia there are around 3.7 million people with disability to see, and the yellow paving is still such a fancy to find at most sidewalks in our city, left alone throughout our country. As for you who often hangout around downtown Bandung, we see that some sidewalk has been installed with guidelines, yet it is discovered as some paths are not really walked-through friendly.

There is this TuneMap.org as a community based in my hometown Bandung, developing an app that enables us to track and mapping any pathways which accessible for the blind. And I’ve been lucky to joined them as a volunteer in one of their action, Map My Day Bandung. This activity supported by with a local fashionable bag brand Esgotado, and UN Volunteer Asia Pacific, it also collaborated with one of a legendary community in Bandung, yes you’re correct, they are Komunitas Aleut. Hit on sunny Sunday in 10th December, we’ve rocked the spirit of International Day Of People With Disability and International Volunteer Day that fall on the same month. (Triumph cheers, yeaaay)

Armed with Tune Map application, we divided into several groups.  As for me was paired together with Tune Map and Komunitas Aleut teammates, and two lovely younger with visual impairment from PSBN Wyata Guna, Dewi (9 grader) and Adellia (12 grader). Though the morning began with chilling drizzels and cloudy sky, nature chose to be friendly a few hours later, allowed our enthusiastic entourage to walk down a small part of Bandung to start tracking and mapping.

Our starting point was Bina Netra Social House (PSBN) Wyata Guna. Located straight across GOR Pajajaran, this visually impaired housing is the biggest and the oldest one in Indonesia. Opened in 1901 by a Dutch physician who was concerned to indigenous with visual impairment, now the place is managed under the Social Ministry of Indonesia.

Forth through we stop at the first pin trackingpoint of our journey, it was what once a building of Quinine Factory. Did you know that Indonesia had nicknamed Het graf van het oosten or ‘the grave of the east’? That due to tremendous amount of Hollander death caused by malaria plague. Thus Quinine Factory had built in 1851 here and became the largest one in the world at that time. It is still there but after the hurly burly and independence period, it now known as PT. Kimia Farma. 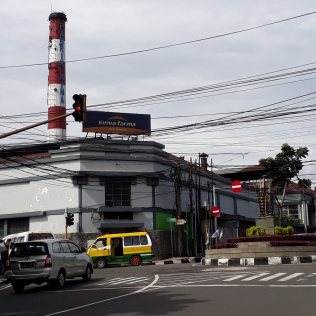 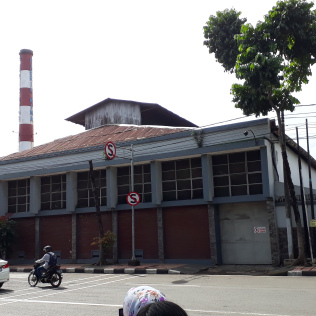 Crossing the intersection we walk through Wastukencana street down to House of Wastukantjana number 43, I didn’t have guessed until Komunitas Aleut told that this house was once a famous brothel. But it was long closed after independence era. The next stop was mosque Al Ukhuwah where we supposed to upload a second pin tracking. We also picked a glimpse of Bandung Milk Center and its heritage history, then finnaly we took a way around heading to the east side of city hall as the end point of the track. 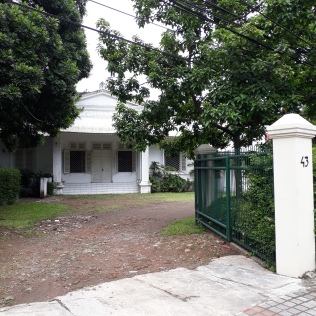 The Tune Map application is still under developing and on its way to be released, but I assure you that I figured the trial version was a handy and easy to operate, it’s visually catchy with yellow and black as main color. After walking and using the app for a while it was feels like I was hunting Pokemon Go but instead of Pikachu or Bulbasaur, I was targeting obstacles found along the way. Pleasant to use and exciting at the same time.

Now here are some of what we’ve found during the parade, actually more than 200 Path in total discovered as defective, they were caused by tree roots grow, poles and vases, sudden pothole, or even more than one guiding line paths that used as unauthorized parking area and street vendors.

For what we’re able to report through the app, not only it can assist visually impaired people but also support our government and related department by the information of which spots and pathaways that are need to be touched up and reconditioned. To that end, lets hope the app will soon be available for us to join and serve a little help while wandering around city on a weekend or any other occasion. 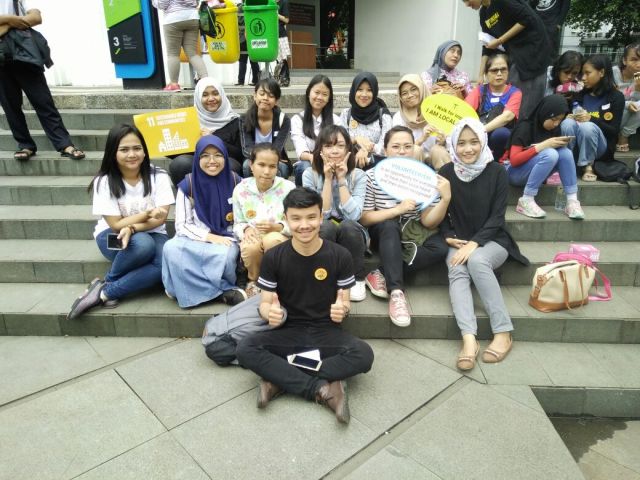 To be able to meet new friends, did something to help others, found out stories behind places, building, heritages,  was really refreshing and inspiring experience, not forgetting to mention a whole year free membership from Komunitas Aleut for all Map My Day Bandung volunteers, I am looking forward to welcome 2018 and joining positive and inspiring activity from this community. In the end I personally hope of similar movements will swiftly expand to all cities in Indonesia and further. Cheers.

And here a photo of  my self at Bandung town hall after the event. My brother said i was dressed like indiana jones version syari’ah, hehe 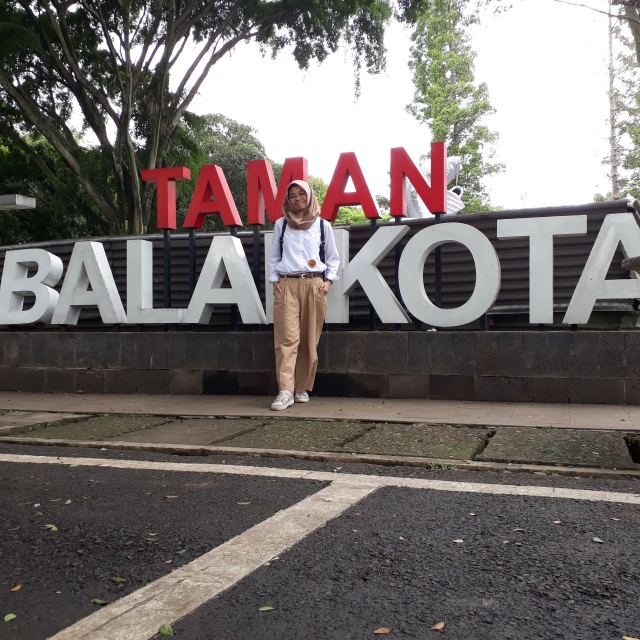 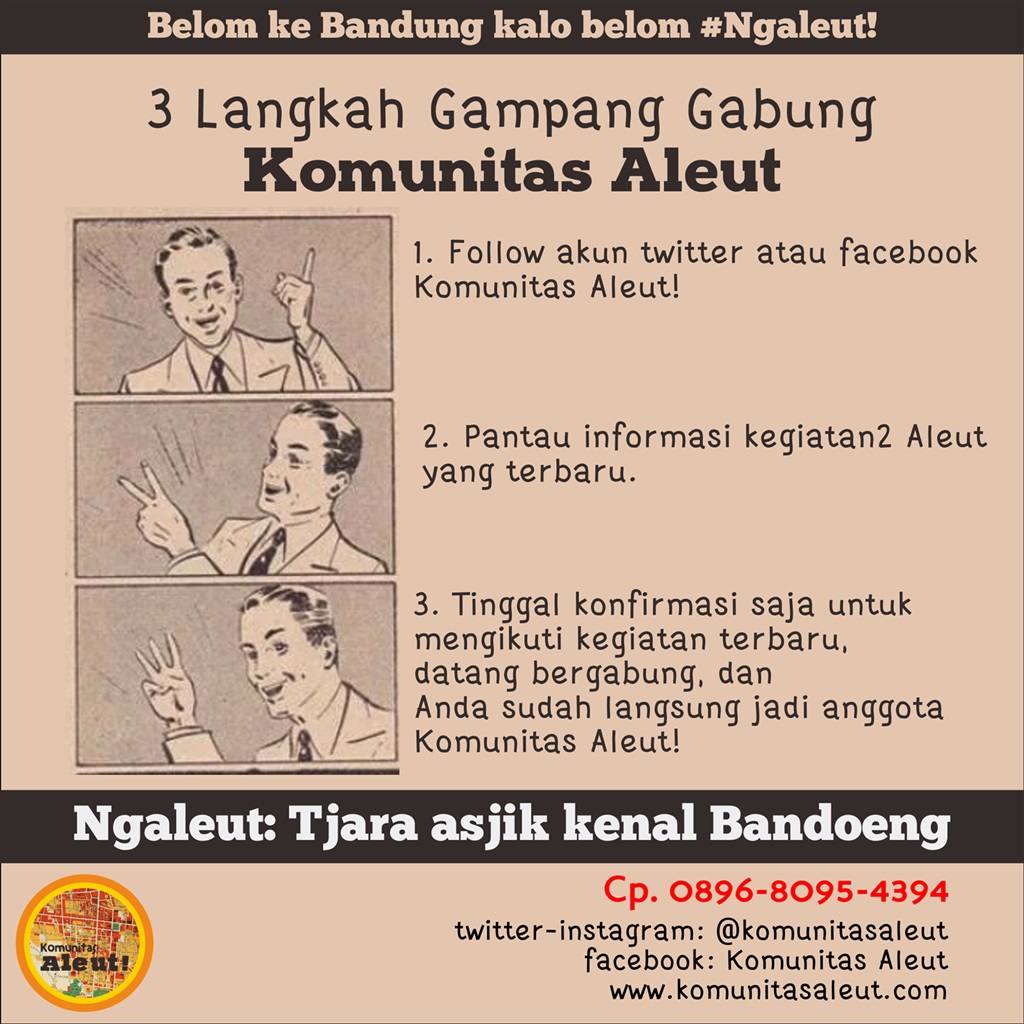